In this article we will learn about,

An orphan process is a child process whose parent got finished or terminated. After the termination of parent process, init process will adopt it. If you look into details, the parent pid(ppid) of an orphan will be 1 which is the pid of init. Sometimes orphan process is intentionally created for certain needs, like if you run an application and you don't want the process created by your application to be killed, even after closing the application.

Here, we are going to create an orphan process through python code.
The logic behind the code is,

Create a process using python multiprocessing module and target function will be parent.
In parent function another process is spawned, making its target function as child. Using subprocess run a linux/unix command in child process.

In main method we create a process targeting parent(), which will spawn another process and finishes. So, the child process  targeting child() will become orphan. You can verify by checking PIDs of the process.

The code below will give a clear idea about things mentioned.


Verify by running "ps -ef | grep gedit" and check for its ppid. Sample screenshot is attached below,

May 17, 2018
***** Work In Progress ******* Ever since I entered to IT industry, I was hearing about data science machine learning and the miracles happened because of these. On curiosity, I too have started learning some the concepts on these areas. As the first step, I have enrolled in Andrew N G's Machine Learning course. I will be sharing things I have learned in this blog and consider this post as an Index for my learning. Good Luck!!! Definition of Machine Learning  Supervised Learning Linear Regression Cost Function Gradient Descent Unsupervised Learning
Read more 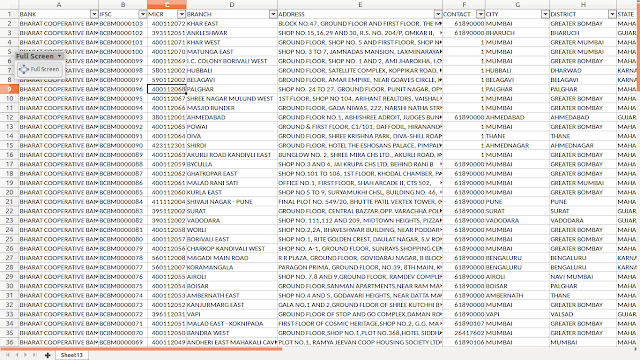 This article will discuss the following topics, Blogger's REST APIs. Google's OAuth 2.0 playground. Accessing spreadsheet in Python. Creating blogger posts via Python. An experiment to automate blog post creation when you have structured data. I was searching for IFSC codes for some bank transactions and came across Reserve Bank's website, which has a list of Excel files containing Bank Codes, Contact Info and related details of each bank's branch. This time I will be looking towards Bharat co-operative bank of Mumbai. Here is how the corresponding data looks like. In the above picture, each row represents lots of details about each branch of the Bank. Let's think of creating a list of blog posts where each post gives IFSC codes of a particular branch along with address and contact details. As the first step, I have created a blog in blogger. In the Blogger dashboard, please also note the parameter called blog ID which is a kind of unique identifier
Read more 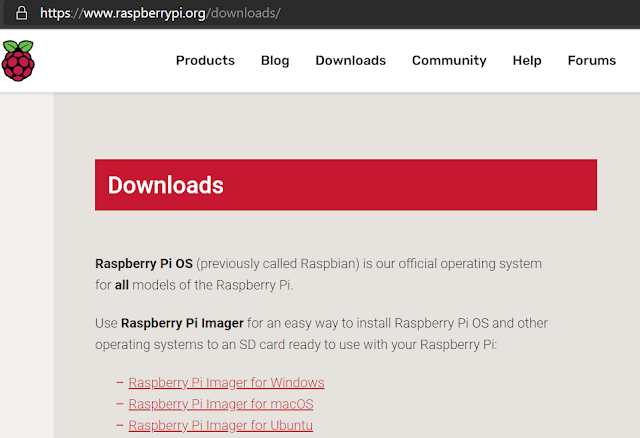 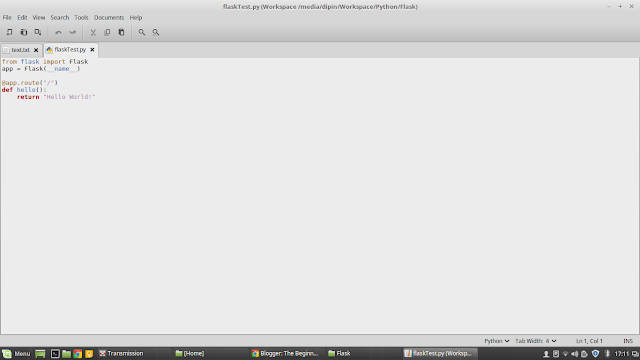 In this post we will cover topics; Starting a server using Python Flask. Accessing server in Local Network. Adding a Port Forwarding rule in NAT settings. Accessing server in Internet via public IP. Difference between static IP and dynamic IP. Step 1 :- As the first step, we need to setup a server on our system.A server exposes your code to a particular port.Some examples are Apache Tomcat, Spring boot (inbuilt), Python Django (inbuilt), Nginx. Here we have a simple server in Python Flask. For a GET request in root path the server returns a "Hello World!".That's it. Going to start the server on my local IP address(192.168.1.105) at default flask port(5000) using below commands, $export FLASK_APP=flaskTest.py $flask run  --host=192.168.1.105 Step 2 :- For security purpose all ports for external communication is closed by router's firewall by default. So no communication can be done to outside world. For same reason our server won't be
Read more